Summer crisp lettuces are a great solution to give you a summertime salad crop.  They hold up well to heat and sunshine! 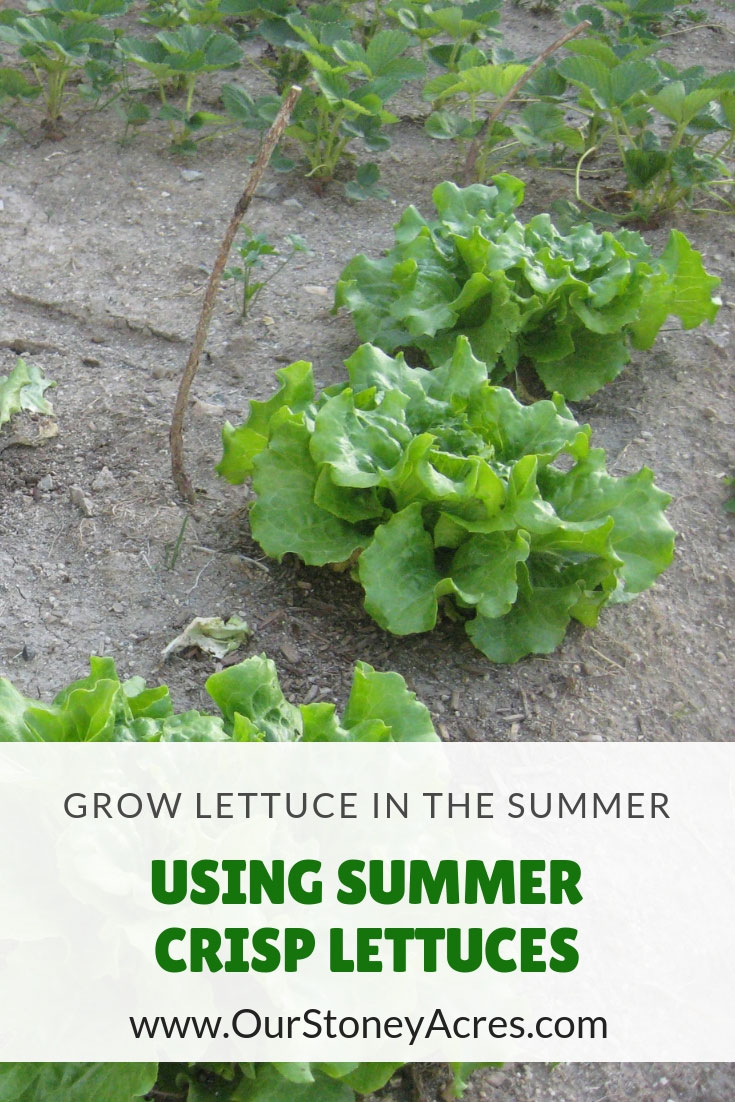 By June the weather is warming up here in Utah and despite our best efforts and shade cloth our spring-planted lettuce always seems to get bitter by mid-June.  All our favorite lettuces like butter crunch, Larry’s red and Paris Island Cos get bitter in the hot Utah summers.

We love salads and we love having salads with all of our summer veggies mixed in!  There nothing better than a salad full of cucumbers & tomatoes.  And we love having a big bunch of crispy lettuce along with a slice of tomato on our sandwiches or hamburgers.  But until we discovered Summer Crisp Lettuces we were just out of luck in June, July, August and even into September.  Our summer heat just makes the cool season lettuces too bitter to eat! 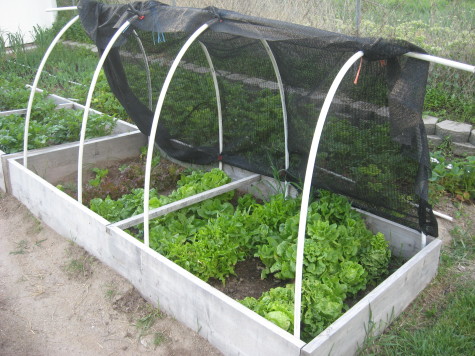 Aj was always complaining about having to buy lettuce from the grocery store to have with our garden grown tomatoes!  So I started doing some homework.  That’s when I discovered Summer Crisp Lettuces. 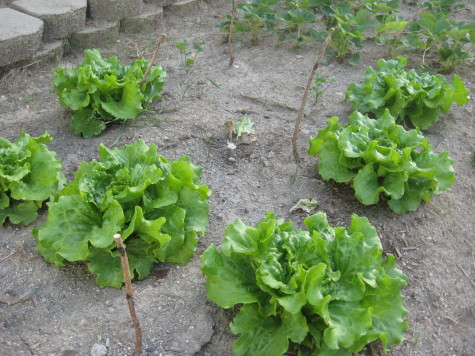 What are summer crisp lettuces?

Summer crisp lettuces are all hybrid plants.  Which is unfortunate, I’d love to be able to save seeds.  But the great thing about summer crisps is that they are extremely heat tolerant.  On top of heat tolerance, they are also very resistant to tip burn, bottom rot and bolting.  They all are loosehead type lettuces (think butter crunch).  So if left to maturity they form a loose head where the inner leaves will be nicely blanched and crisp.

Our favorite variety is called Nevada and it actually forms a slightly tighter head that stays mild and crisp even during the 100 degree days we have in July and August.  The seed sellers don’t advertise this fact but Nevada is not only heat tolerant but also very cold tolerant as well.  Last fall we planted Nevada directly in the garden in late September, the plants got to be about 3 inches tall before the winter set in.  These plants survived all winter in a cold frame and took off growing again in February and lasted until June!  That sure makes it easy to have salads all year long. 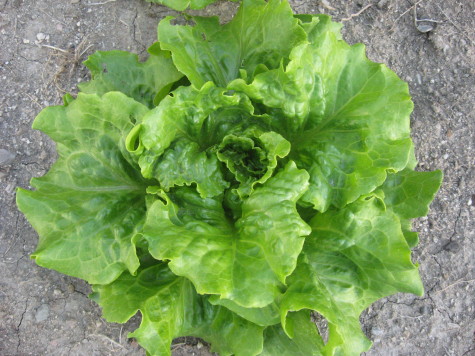 Summer crisp lettuces come in a variety of colors, including greens, reds and a very pretty speckled variety as well.  They are available from several seed sellers online but my favorite is Johnny’s Seeds.  (We love Johnny’s by the way).  Maturity dates are pretty standard for lettuce, most varieties are ready to eat in about 45 to 50 days.  But the nice thing is because they are so heat tolerant, they can be left in the garden for a long time and can continue to grow.  Last year we had a couple of heads of  Nevada that weighed in at 1.50 pounds each and were still mild and delicious.

Look for the following varieties: 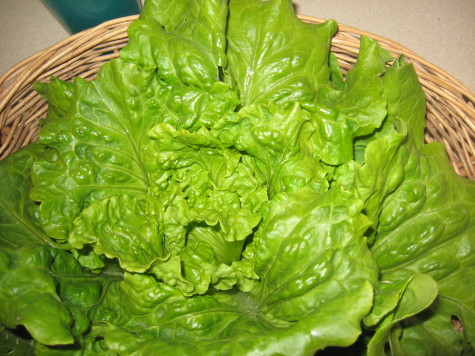 We try to start lettuce about every 3 weeks, either indoors or directly in the garden.  I have found Summer Crisps do very well when started indoors under the lights and then transplanted out later in the garden.  We switch all our lettuce plantings to Summer Crisps about mid-May and don’t switch back to other varieties until August 1st.  If you start them indoors in cell packs about every 3 weeks (set them out in the garden when they are around 6 weeks old) you will have a constant supply of fresh lettuce all summer long.

Anybody else out there growing summer crisp lettuces?  I’d love to hear about the taste and performance of some of the other varieties like Muir, Concept, Cherokee or Magenta!