Growing Peppers under shade cloth is a new concept that is being used more and more in commercial pepper production. The results are pretty impressive and can be applied in the home garden as well.

This post contains affiliate links, clicking on them with not cost you anything extra, but does allow Stoney Acres to make a small commission on your purchase through the Amazon Affiliate Program!

is an idea that I have been kicking around for a few years now. I saw a friend doing it a few years back and started studying the idea last year.

Why you should be growing peppers under shade cloth

The dramatic summer heat is actually the enemy of peppers. Temperatures of 90 or above affect the growth of the plant, the total production of fruit on the plant and the quality of the fruit produced. Growing peppers under shade cloth has been studied in Mexico, Israel, and Spain for a while now. But within the last 10 years, The University of Georgia has also begun studying the use of shade cloth to improve production and fruit quality. There is a good summary of the study on this site. 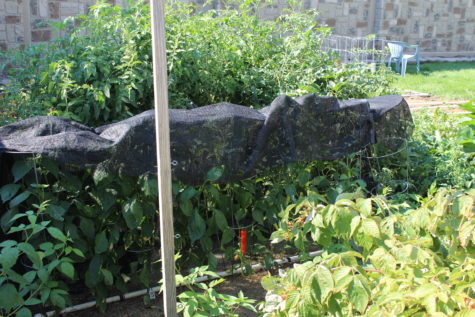 What the study found

, the plants grew taller, had more leaves and more fruit production. Additionally, 90% of the fruit grown under the shade cloth was usable (under commercial standards). Meaning, less sun scald, better shape, and less blossom end rot. The results from these early studies are pretty impressive. 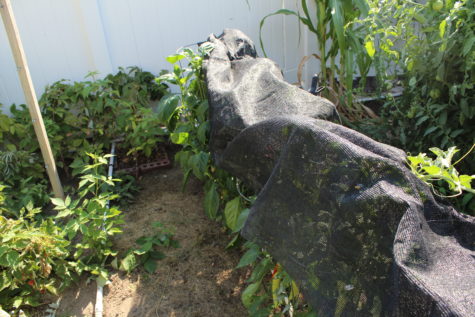 So the trick is how do we take this commercial knowledge and apply it to our home gardens? In the commercial studies, they used a metal wire that was about 6 feet off the ground and then tented the shade cloth

over the top of the peppers. This is great for “big plantings” of peppers. But in our home garden we usually only grow 10 or 12 plants.

Growing peppers under shade cloth in the home garden

Here’s the solution I came up with last year and it seemed to work really well. We simply used some extra 4-foot tall Tomato Cages

with the shade cloth draped over the cages. I used some small clamps

and even a few clothesline clips to keep the shade cloth attached to the wire of the cages. My shade cloth is only about 6 feet wide so I put the bulk of it on the south side of the cages so that the plants would be shaded from the intense south-facing heat. 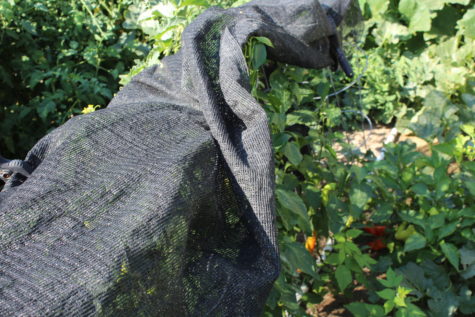 I wait until the temperatures get really intense (90 degrees Fahrenheit or above) before I put the shade cloth on. So both this year and last year I waited until Mid June to put out the shade cloth.

Additionally, the study also looked at mulching to help keep the heat down and found that mulch also improved the results. So I’m making sure to mulch my peppers every year. I just use grass clippings, but you could also use straw or wood chips, or other organic mulches.

What were my results?

After only one year, I’m sold on this idea! 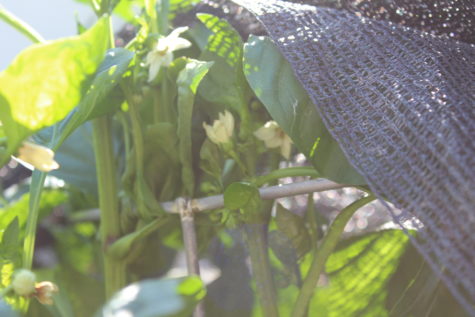 I have never had pepper plants grow this big before. The plants were healthy and loaded with lots of leaves and fruit. The other huge benefit is the quality of the fruit. All season last year I only saw sun scald on one pepper, and it was from the plant furthest to the west which actually got some direct sunlight in the late afternoons. This was an amazing change for us! Normally we have sun scald on more than half our peppers!! We did have a lot of peppers last year as well, but I didn’t directly measure whether there was an increase in total production. But my gut tells me there was an increase. 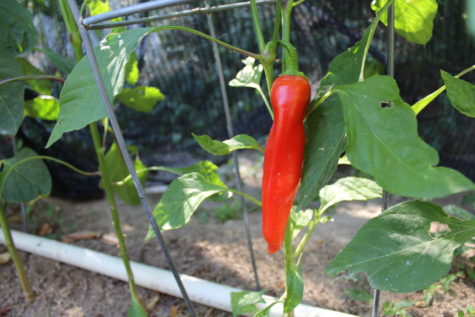 This idea would work for bell and other sweet peppers as well as helping your hot peppers!!

One warning for you. The U of G study found that production increased up to 30% shade cloth

. After that production began to drop off (but fruit quality remained the same). So choose a shade cloth

Summer of 2018 was our second year growing peppers under shade cloth.  We continue to be really impressed with the results.  This summer was an extremely hot and dry summer for us.  The heat started in early June and lasted until late September with temps in the 90’s or above that whole time.  I added the shade cloth over the peppers in mid-June, just as we were starting to see our first blossoms.  We had an AWESOME year.  We harvested well over 100 peppers from our 12 plants and only had to throw away 2 because of sun scald!  We love this method, it has finally solved our pepper problems.

Have you been using this idea in your garden already? What have been your results? Please let me know in the comments below.

Transplanting Raspberries to Expand Your Patch
Next Post: 3 Types of Kale – To grow in your backyard garden