A Window Well Root Cellar is turning out to be a pretty effective way to store out potatoes over the winter. 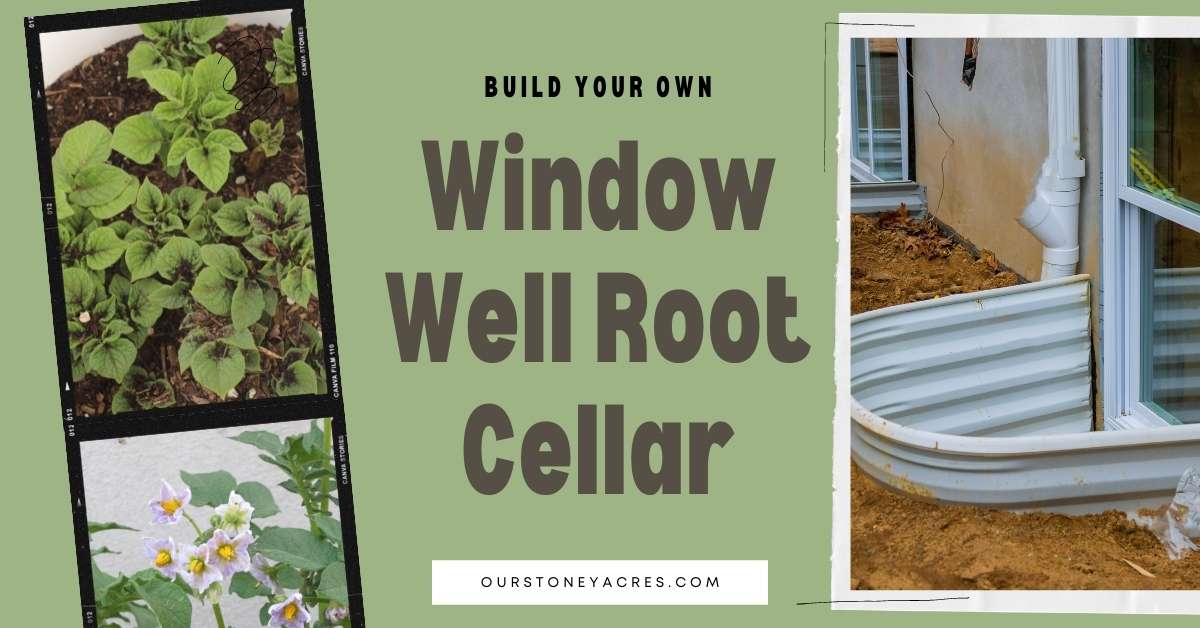 Why did I decide to use a window well root cellar?

In the fall we always have a lot of fresh produce from the garden that needs to be stored in a nice cool area. Potatoes, apples, onions, and winter squash should be stored at temperatures above freezing and below 45 degrees. The best place to store them would be a root cellar. But we live on a small urban lot, and there really isn’t room for a cellar.

Can you use a Garage to store garden vegetables?

For years we’ve tried storing our potatoes in our garage. It’s a non-insulated garage so in the winter time it gets pretty cold but it never freezes. The problem is on a nice warm day it will get almost as warm in the garage as it is outside. In the fall before the cold weather sets, the garage is actually quite hot around 75 to 80 degrees.

This is just not an ideal place to store all of our fresh veggies. We’ve tried coolers and boxes covered with burlap. But they never seem to stay cool enough in the garage. We also tried the basement but temperatures there stick around that 65-degree mark almost year-round, that’s too warm for storing most veggies.

Because we don’t have a cold spot for storage we end up having to rush to use up all of our potatoes and other winter-stored produce. There have been many years we will have 250 pounds of potatoes and 50 pounds of onions along with various squash. Trying to eat that all up before it goes bad in December or early January is pretty tough and we end up throwing some things out. 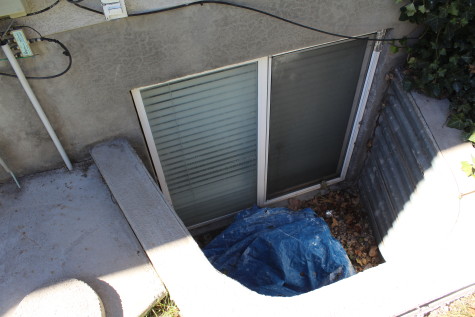 But I do have a couple of deep window wells that are on the east side of our house and don’t get a lot of sun exposure. That got me thinking that this might be a good place to store our potatoes. So this year I decided to give it a try.

How to Build a Window Well Root Cellar? 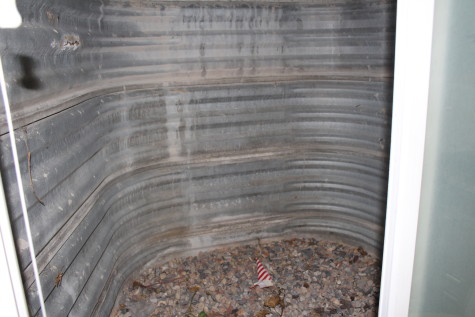 Clean out the Window Well

And made sure there was nowhere for pests to hide. I was particularly concerned about mice. So I added a few mouse traps, and I made sure to have one of my mouse boxes out in the garden in the fall to catch any strays. 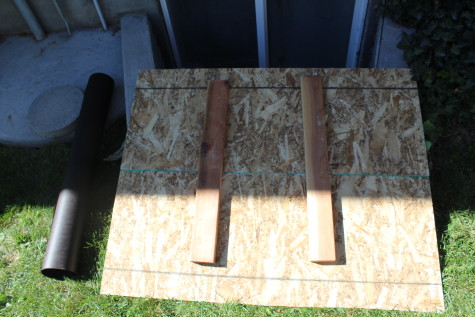 Build a Frame for the top of the window well

I bought a piece of 2-inch foam insulation and I built a plywood frame to hold it down. You can see from the picture the frame is just a couple of pieces of scrap plywood nail together with some 2 x 4’s. 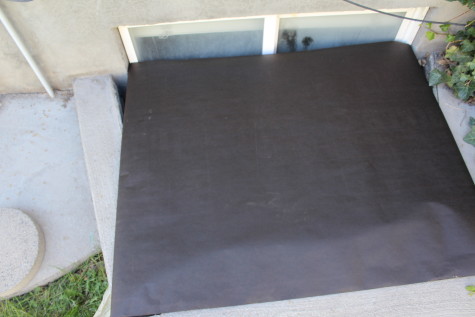 Cover the plywood with a little roofing tar paper.

I added this just to help the water and the snow roll off the plywood top instead of soaking in. After a pretty severe winter, it actually worked perfectly and we didn’t have any water in the window well. 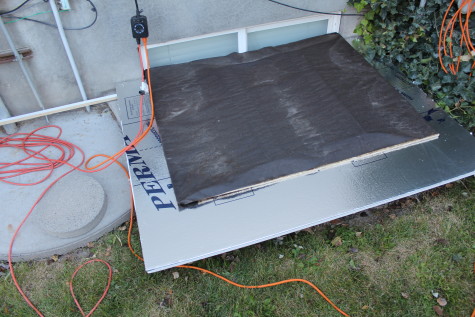 Then I just put everything on top of the window well 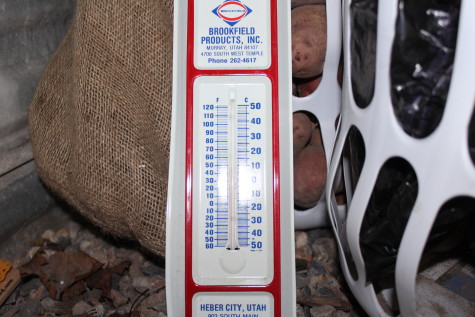 Use a thermometer in the window well root cellar

When you use a thermometer you can make sure that the temperature is staying where it needs to. For the most part through the winter it stuck around the 40 to 45-degree range. 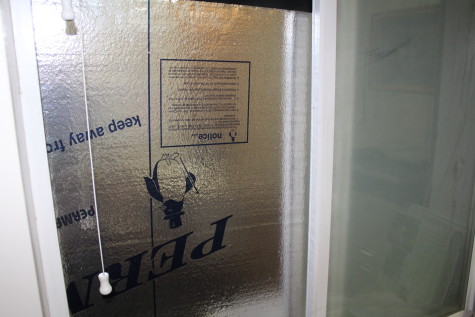 Take some of the insulation and put it against the windows

Cover all the produce with burlap

Or some extra fabric row cover I had lying around for extra protection.

When we had a couple of nights that were down around zero degrees I brought the potatoes in and set them on the ground by the window and then put them back out during the day when it was a bit warmer.

That was probably overkill on my part, I never saw the thermometer go below about 38 degrees, but I didn’t want the potatoes to get frozen. But the rest of the winter even on nights where we were down into the low teens the temperature stayed right around that 40-degree mark. 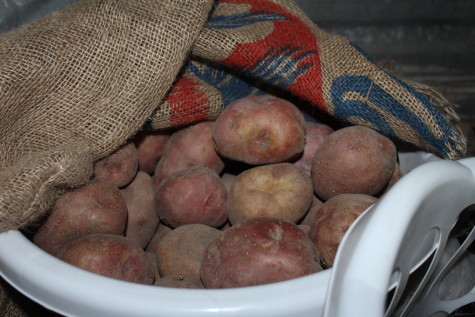 This quick little window well root cellar allowed us to keep our potatoes all the way through the winter without sprouting. That’s a first for us.  I’m writing this review in March and we still have about 75 pounds of potatoes that are doing well.

We have seen a few sprouts, but I checked them tonight and only 2 or 3 were showing any signs of sprouting. We are a solid two months longer using this method than we would have been if we had just stored them in the garage or the basement.

A few ideas for improvements:

First I think next year I will put a tarp over the window well to help keep some of the drafts out and add a little extra insulation value. Second, I think I may buy a little more of the foam insulation and insulate the sides of the window well also.

Third, I think next year I might build a shelf that way we’ll have more space in the window well root cellar.  I also think I’ll buy some more burlap that I can use to cover all of the potatoes, which will add insulation value and keep them all in the dark. 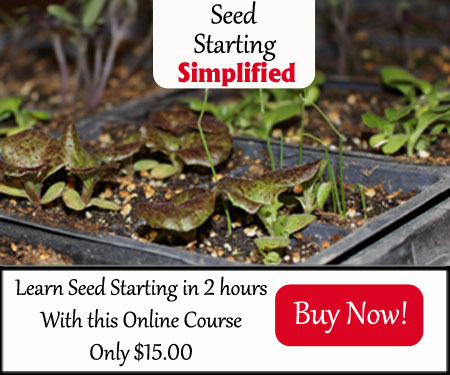 What to do before you Store the Garden Vegetables?

In the fall, to cool the cellar down I would leave the top off at night (as long as it was going to be above freezing). Then I put it on during the day I did that for about 5 days until I got the temperatures down to that 45-degree mark.
After that it seemed to stick at that temperature even though our daytime temperatures were in the 60’s and even 70’s.
We had a 65-degree day today and I just checked the temperature and we were still sitting in about 48 degrees. Again not perfect but way better than the garage or the basement.

One other warning I would give,

Based on some comments I’ve received I did want to make one disclaimer here.  You should never do this project in a window well that is intended as the only method of egress from your basement.  This is especially true of window wells in bedrooms, do not do this project in a bedroom window well!!  Also be sure that the “lid” is not secured down to the frame of the window well, you need to be able to get out of that well in an emergency. 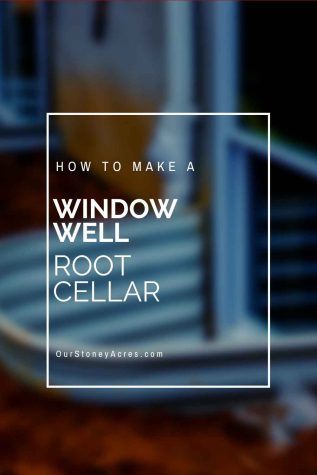 Previous Post: « Container Gardening Round Up
Next Post: A “Miner” Problem – Dealing with Leaf Miners in your garden »