Home » The Difference between Male and Female Blossoms

Learn how to tell the difference between male and female blossoms on your cucurbit plants in your veggie garden.

Why is it important to know the differences between Male and Female Blossoms?

Let me start this post off by pointing out that what you’re about to learn applies mostly to plants in the cucurbit family.  Plants in this family include cucumbers, pumpkins, summer squash, winter squash, and melons.

Most other flower vegetable and fruit plants have what is called a complete flower.  This means that each flower contains both the male and female parts in one flower.  So there are not “male and female blossoms” for berries, fruit trees, nut trees, tomatoes, peppers, etc.

As far as the average western gardener is concerned the only plants you have to worry about male and female blossoms are cucurbits.

How to tell the difference between male and female blossoms?

Just behind the flower, there is nothing but stalk. 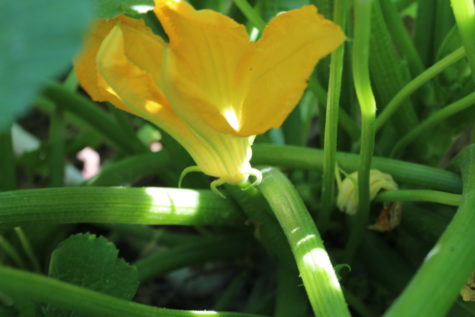 Female flowers have a “baby” squash or melon behind the flower: 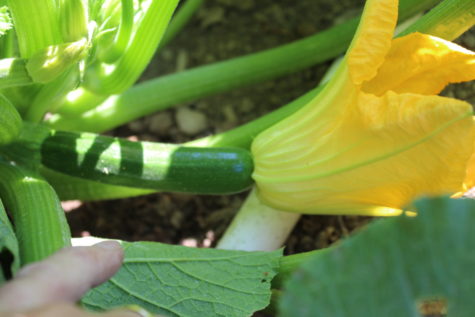 You can see from this photo of a female zucchini flower the small “embryonic” zucchini behind the flower.

This is the same for all cucurbits flowers.

How does the flower get pollinated?

Pollinators (think bees) have to take pollen from a male flower and deliver it to a female flower in order to get a mature fruit.

Folks will often be super frustrated early in the season when they see tons of flowers on their plants but they don’t seem to be getting any fruit.  This happens because the plants always start by producing male flowers before female flowers.  This can often happen for a couple of weeks.

This is nature’s amazing way of attracting pollinators.  It is easier for the plant to produce male flowers than female.  So that rush of male flowers puts on a “big show” for the bees and gets the pollinators visiting the plants on a regular basis before the plant spends energy-producing female flowers.  Pretty cool! 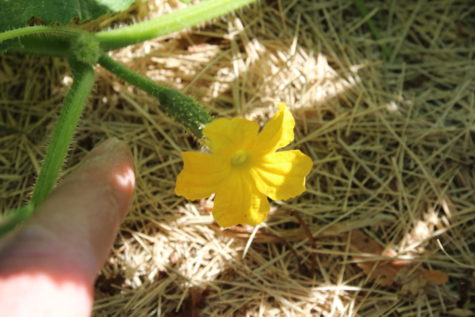 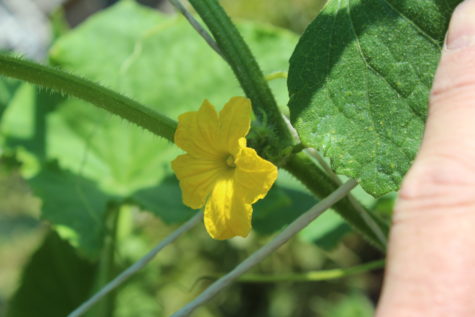 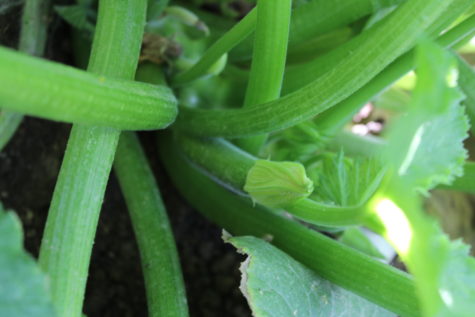 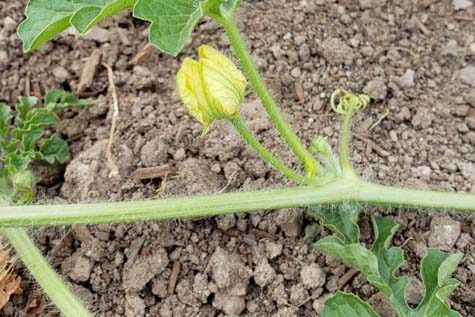 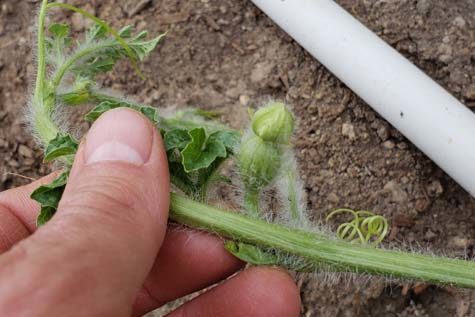 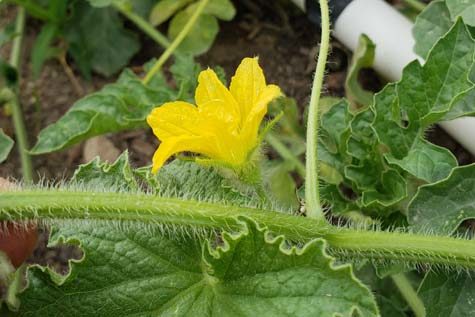 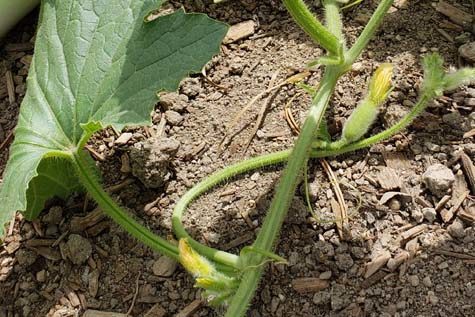 As the 2018 gardening season progresses I will try to include at least one example of each variety.  But keep in mind that your flowers may look a little different depending on the variety you are growing. 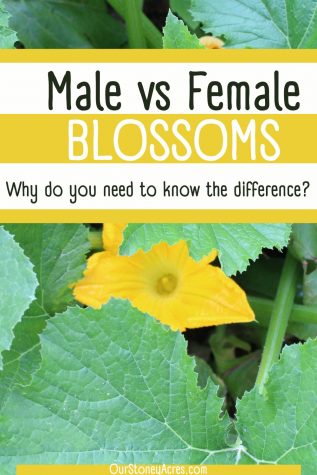