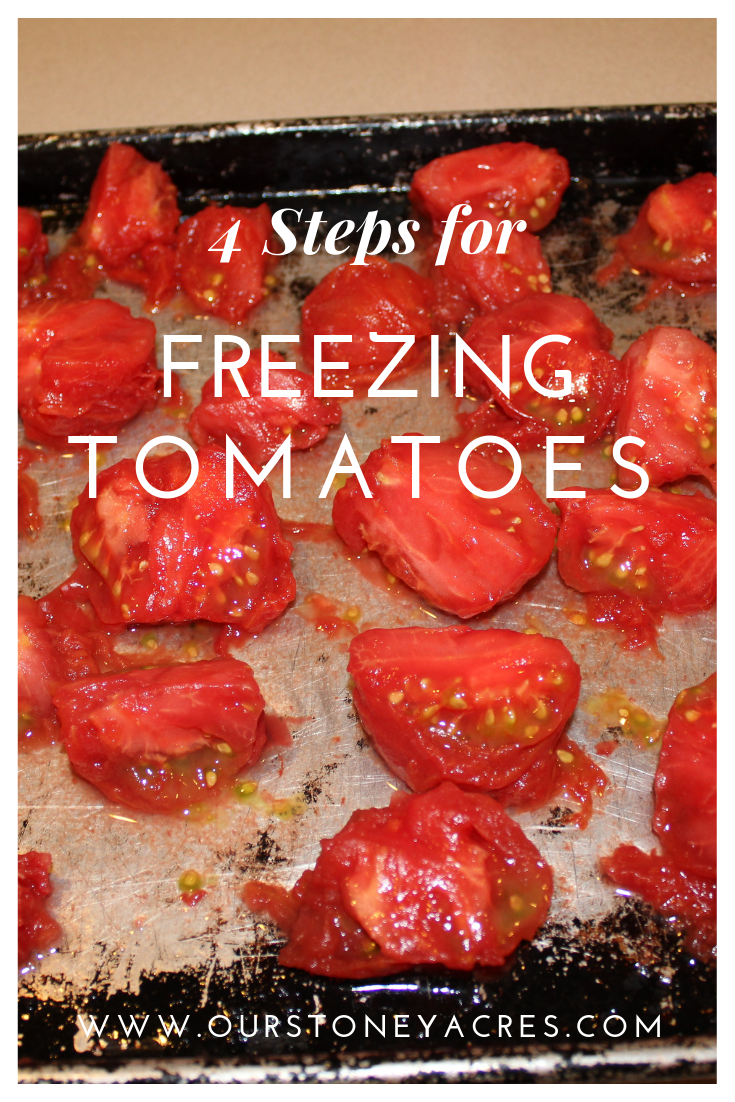 We love growing tomatoes, but sometimes tomato season can be weird sometimes. That is especially true at the beginning and end of the growing season when you are only getting a few tomatoes. Most years we start harvesting tomatoes the end of July, but things don’t really start to kick in until mid-September. For us that is when we really get a ton of tomatoes, enough to actually can. Up until that point, we may get some fairly large pickings (meaning more than we can just eat up). But those pickings are not even close to enough to bother pulling out the canner.

For years we struggled with this not knowing what to do with all the tomatoes on the counter without pulling out the canner and doing 3 bottles. But now things have changed since we have learned how easy freezing tomatoes is and how nice it is to use those frozen tomatoes.

The process for freezing tomatoes is actually quite simple and involves only 4 steps.

The first thing you want to do when freezing tomatoes is scrub your tomatoes clean and remove the green tops. Look for damage, rot or mold at this time and remove any fruit that isn’t in good shape. You want to toss (or just eat) any tomatoes that have rot, mold or major blemishes. 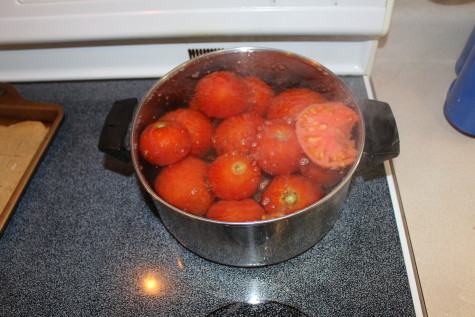 Step two in freezing tomatoes is to remove the skins and core.  This is done by placing your tomatoes in a pan of boiling water for a few minutes (usually 2 to 3 minutes). Leave the tomatoes in the water until you see the skin crack. This accomplishes two things: First, it loosens the skins to make them simple to remove. Second, it blanches the fruit to help stop the enzyme action in the fruit and slow the deterioration of the tomatoes. 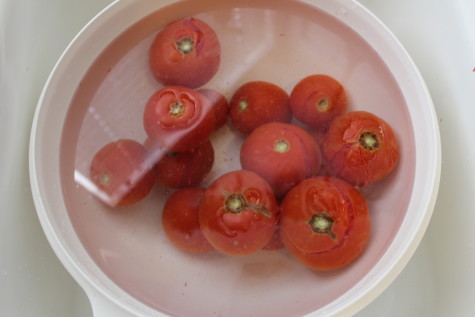 Once the skins have cracked drop them into a bowl of very cold water and let them sit until they are cool enough to handle. Then remove the skin and cut out the core (the spot on the top of the tomato where the stem was attached) with a knife.

3. Cut the tomatoes into usable pieces 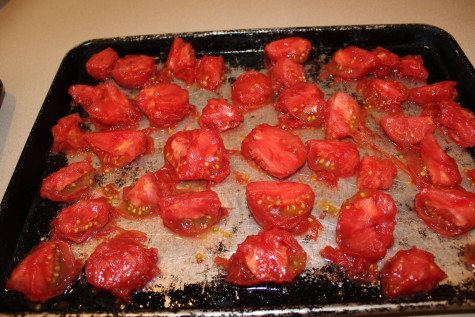 Freezing tomatoes Step three is cutting the tomatoes into usable pieces.  For us, that means 1\2 the smaller ones and 1\4 the larger ones. How small you cut them will depend on how you plan to use them. We often just leave the smallest ones un-cut. 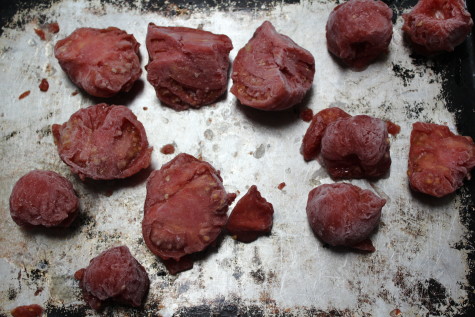 The last step in freezing tomatoes is the actual freezing.  As with all our frozen produce, we always pre-freeze our tomatoes on a cookie sheet before we put them into bags. This is especially handy when freezing tomatoes. The tomatoes all freeze individually and that makes it simple for us to pull the right amount out of the freezer when we need them. If you put your tomatoes all in a bag before they are frozen the liquid in the tomatoes will cause the whole bunch to freeze in a giant hunk! 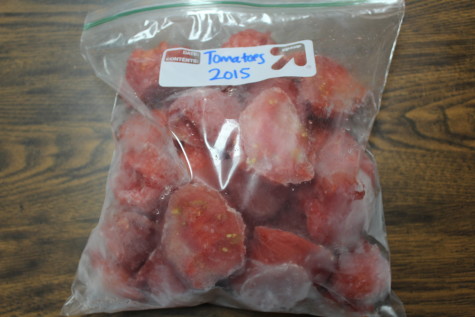 That’s all it takes! Freezing tomatoes is a very quick and easy way to preserve smaller amounts of tomatoes.

Frozen tomatoes breakdown very well when thawed. That makes them ideal for any cooking where you want tomato flavor but don’t really want big chunks of tomatoes. We use them in soups quite often, they just break down and disappear into the broth. We have also used them for making our own pasta and pizza sauces. They also make a very nice homemade cream of tomato soup.

Looking for other ideas on freezing tomatoes?  Check out this different method from our friends over at Food Storage Moms. 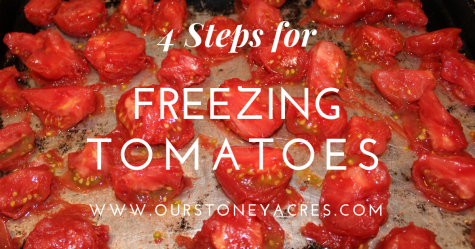 How to Sharpen a Lawn Mower Blade
Next Post: Everbearing Strawberries in your Backyard Garden